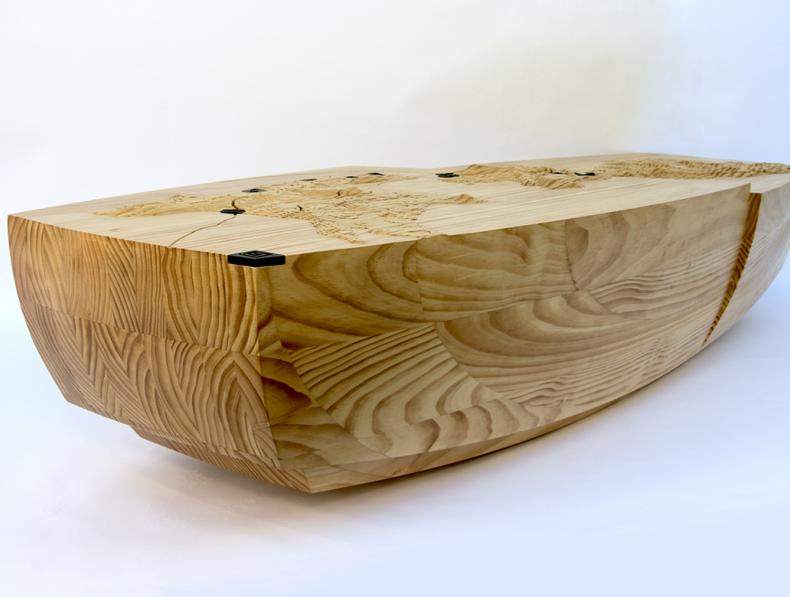 The aim of the Earthquake Bench is to acknowledge the prominence of seismic faults and events upon New Zealand’s collective national identity, and to challenge the negative associations residents have in response to earthquakes by eliciting a playful, interactive, user-controlled experience that celebrates seismic activity. Designed for public use, the bench measures approximately two metres in length enabling multiple users to engage with the bench at a single time. Formed from a monolithic laminated wood beam, the bench is shaped with a subtle curve where it meets the ground thus allowing for a rocking motion to be experienced. The top surface of the bench is milled with a tactile topographical map of New Zealand complete with major fault lines and markers signifying major seismic events that have occurred over history.

This object hopes to provide users  with a meaningful and sensory-rich experience that is contextually relevant and personally identifiable. As a physically interactive artefact, the playful action between user and object – an implied earthquake simulation – fosters a positive re-association with potentially threatening events and, through this, aims to promote psychological resilience around the threat of seismic activity.