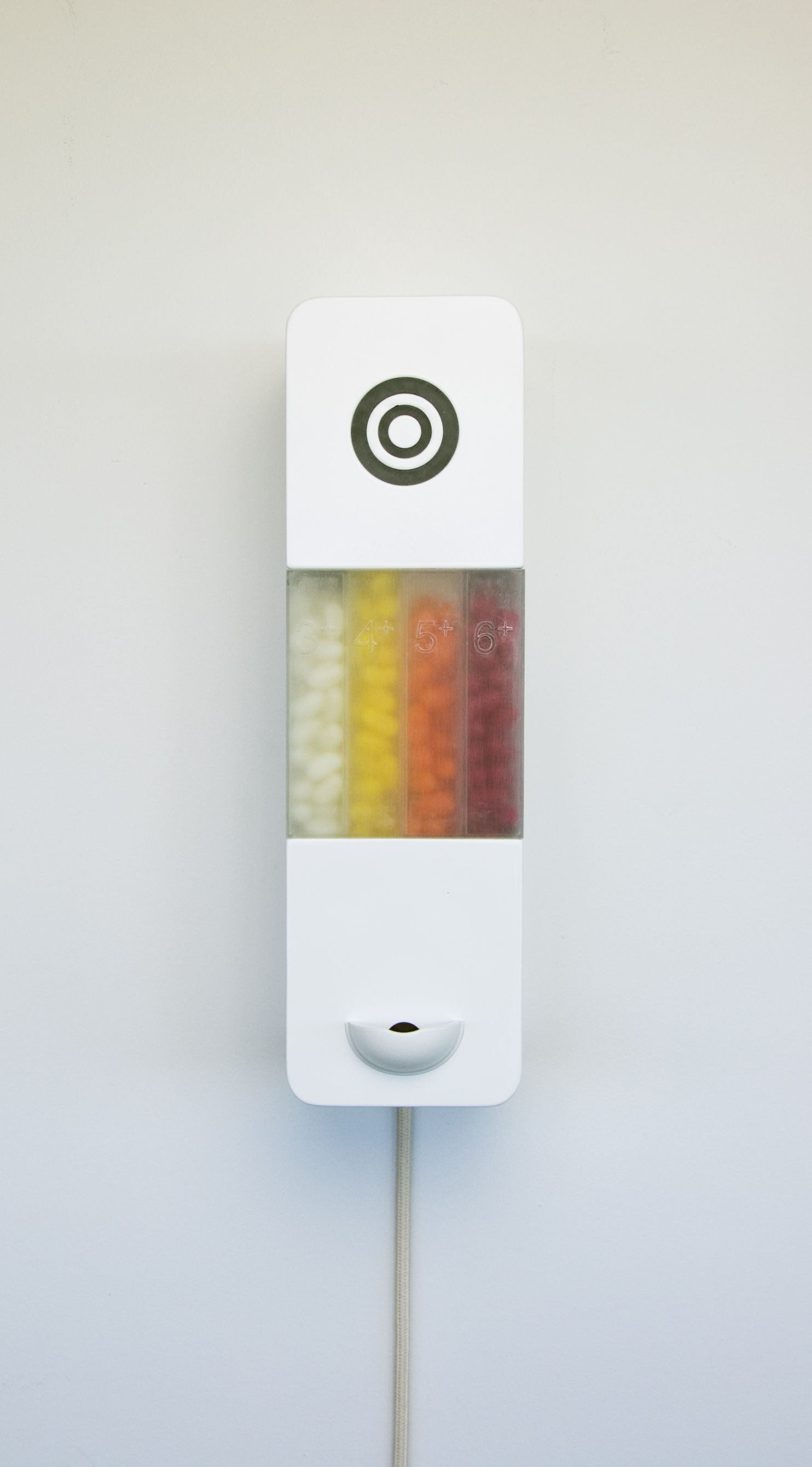 The Seismic Candy Dispenser functions to foster psychological resilience through playfully inciting delight in the wake of disaster. During a localised seismic event a jelly bean is dispensed, the magnitude of which is indicated according to the intensity of colour in the candy dispersed: white: 4+; cream: 5+, yellow: 6+; orange: 7+. The material evidence produced, an ephemeral and sweet treat to be enjoyed, is simultaneously anticipated and feared.

The collective group of Seismic Memory Boxes proposes alternative roles for everyday objects in supporting psychological resilience around disasters (such as earthquakes). The objects function simultaneously as alert systems for seismic events, and as generators and receptacles for the memories of these events. The Seismic Memory Boxes promote emotional stability in unstable situations.